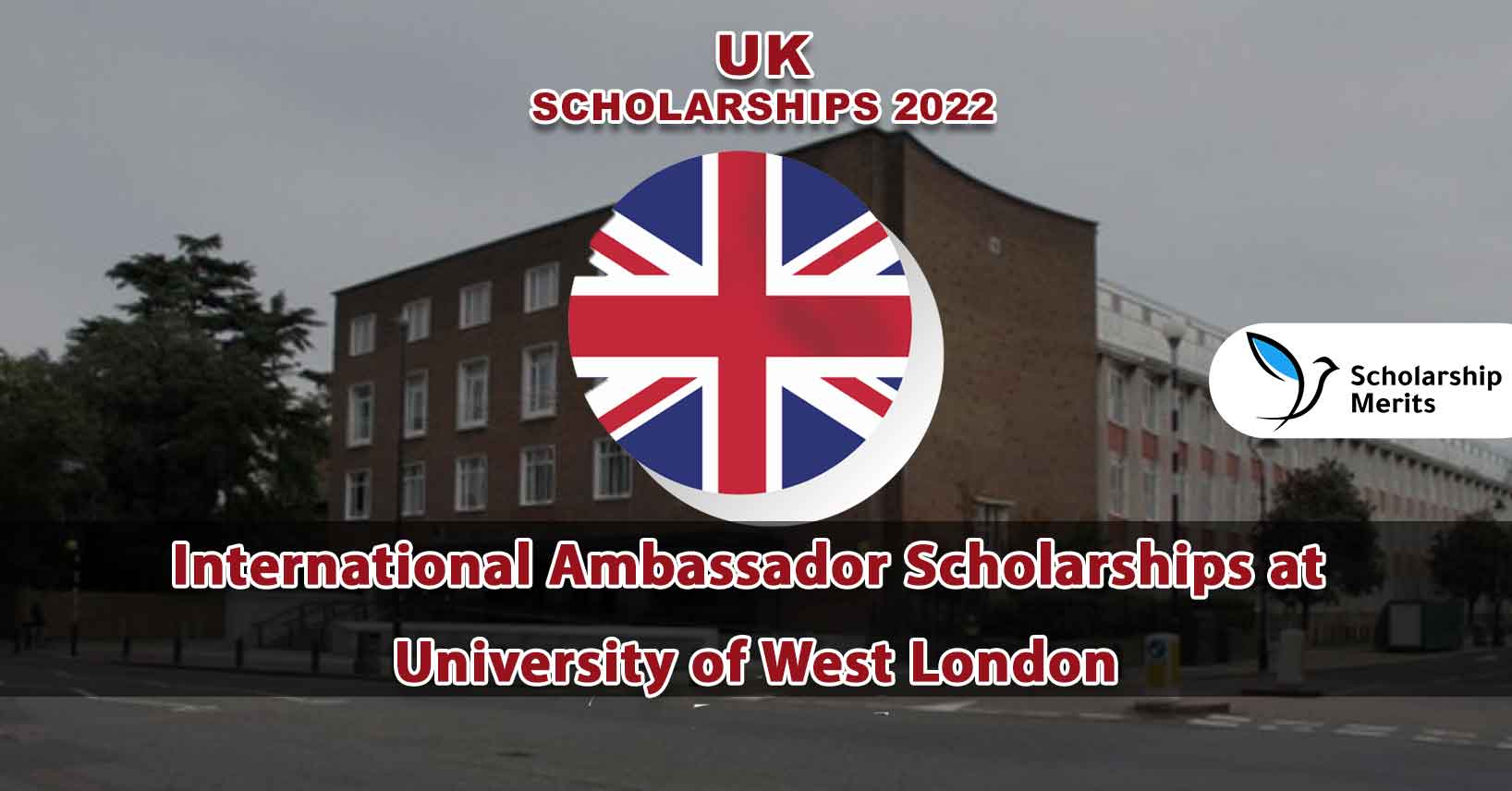 The International Ambassador Scholarships recognises and provides financial support for outstanding students who wish to act as ambassadors for the University of West London.

The University of West London (UWL) is a public research university in the United Kingdom which has campuses in Ealing and Brentford in Greater London, as well as in Reading, Berkshire.

The university has roots back to 1860, when the Lady Byron School was founded, which later became Ealing College of Higher Education. In 1992, the then named Polytechnic of West London became a university as Thames Valley University. 18 years later, after several mergers, acquisitions and campus moves, it was renamed to its current name.

You Can Apply: University of Nottingham Scholarships 2022 in UK

Up to £5,000 tuition fee discount for the first year of study

You Can Apply: British Council GREAT Scholarships 2022 in the UK

Eligibility For The International Ambassador Scholarships

The International Ambassador Scholarship will be awarded on a competitive basis to candidates who demonstrate enthusiasm and the ability to be an excellent international student ambassador.

How To Apply For The International Ambassador Scholarships

To be considered for the scholarship, you must have been offered a place to study on a full-time undergraduate or postgraduate course at the University of West London. The next deadline is 11 July 2022 for the September 2022 intake.

It is important to visit the official website (link found below) to access the application form and for detailed information on how to apply for this scholarship.

Scholarshipmerits.com is a constantly updated database of international scholarships for students seeking to further their education for the benefit of their country and the world. This site contains information on scholarships, grants, and other forms of financial assistance available around the world.